Traveling to Myanmar from Phitsanulok, Thailand via the Maesot – Myawaddy border, part of my desire to conquer Southeast Asia (and eventually the Asian continent), is a story that I’d like to share to you today. It was on December 26, 2016, a day after Christmas. I wanted to do a land travel to the border because it was just 4 hours away from Phitsanulok. From the border, my plan was to take a van to Mawlamyine which was roughly 4 hours,  spend the night there, and travel to Hpa-an the next day.

So, I hopped on a mini-van at the bus station at 8:00 am and reached Maesot, Tak at 12:00 noon. There were two checkpoints along the way. Foreigners like me had to show passports for identity and verification. I was like traveling from Manila to Baguio City, Philippines because of the winding roads that lead to the destination. At the Maesot bus station, I asked one motorcycle driver to take me to the border which was more or less 5 minutes away.

Finally, I reached the border! By the way, during the trip, I met two backpackers from Europe (Germany, I guess). They came from Chiang Mai and are also traveling to Mawlamyine. “Nice! We can travel together!” I said. We queued up to the immigration counter to have our passports stamped. They went first. The process for them went smoothly. A few questions from the officer and they were good to go.

Now it’s my turn. Having been in Vietnam and Cambodia for the past two weeks made me feel confident that traveling to Myanmar wouldn’t be difficult considering my multiple re-entry will not expire until December 2017. The two backpackers were waiting for me beside the counter. I handed in my passport. The immigration officer carefully scrutinized it page by page. And this is what happened:

Immigration Officer: Where is your visa?

(I pointed my extension of 1 year non-B visa in my passport.)

Immigration Officer: No. Your E-visa. Where?

(The immigration officer called one of the backpackers and asked the paper on his hand.)

Immigration Officer: This. E-visa. Where is your E-visa?

Me: I don’t have E-visa because I have Philippine passport. ASEAN passport holders can travel to any Southeast Asian country without visa.

Immigration Officer: If you’re traveling to Myanmar for more than 1 day and less than 14 days, we need your E-visa. You can enter and leave Myanmar without E-visa for 1 day only.

I opted for the second option. Apparently, I cannot apply for the e-visa at the border. So I told the officer I will cross the border and go back in again on that day. He said “Okay. You have to pay 500 baht at the Myanmar arrival gate on the other side.” I explained what had happened to the two backpackers as they saw devastation in my eyes.

The Thailand-Myanmar Friendship Bridge separates the two countries. I can see vivid differences between the two countries as I was walking along the bridge. Cars in Myanmar were driven on the right side, men were wearing wrap around skirts, people were chewing bethel nuts (momma), and some have yellow and white topical applications on their face. It was too hot.

There is a 30 minute time difference between the two countries, Myanmar being delayed. I was in Myawaddy for 10 minutes. This is the shortest time I have stayed in another country. My exhaustion and disappointment forced me to go back to the border and return to Phitsanulok. “Next time,” I said.

I have heard great travel experiences of some Filipino friends in Myanmar without having an E-visa. Well, I guess immigration rules have changed. Nevertheless, Filipino travelers considering Myanmar as their next destination should now apply for an E-visa. Here’s how.

2. Specify on the application your port of entry

That’s it. I hope my “traveling to Myanmar” experience helps. 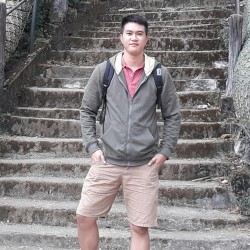 The government encouraged people to wear face masks, especially when outdoors, and consider working from home on Thursday and Friday